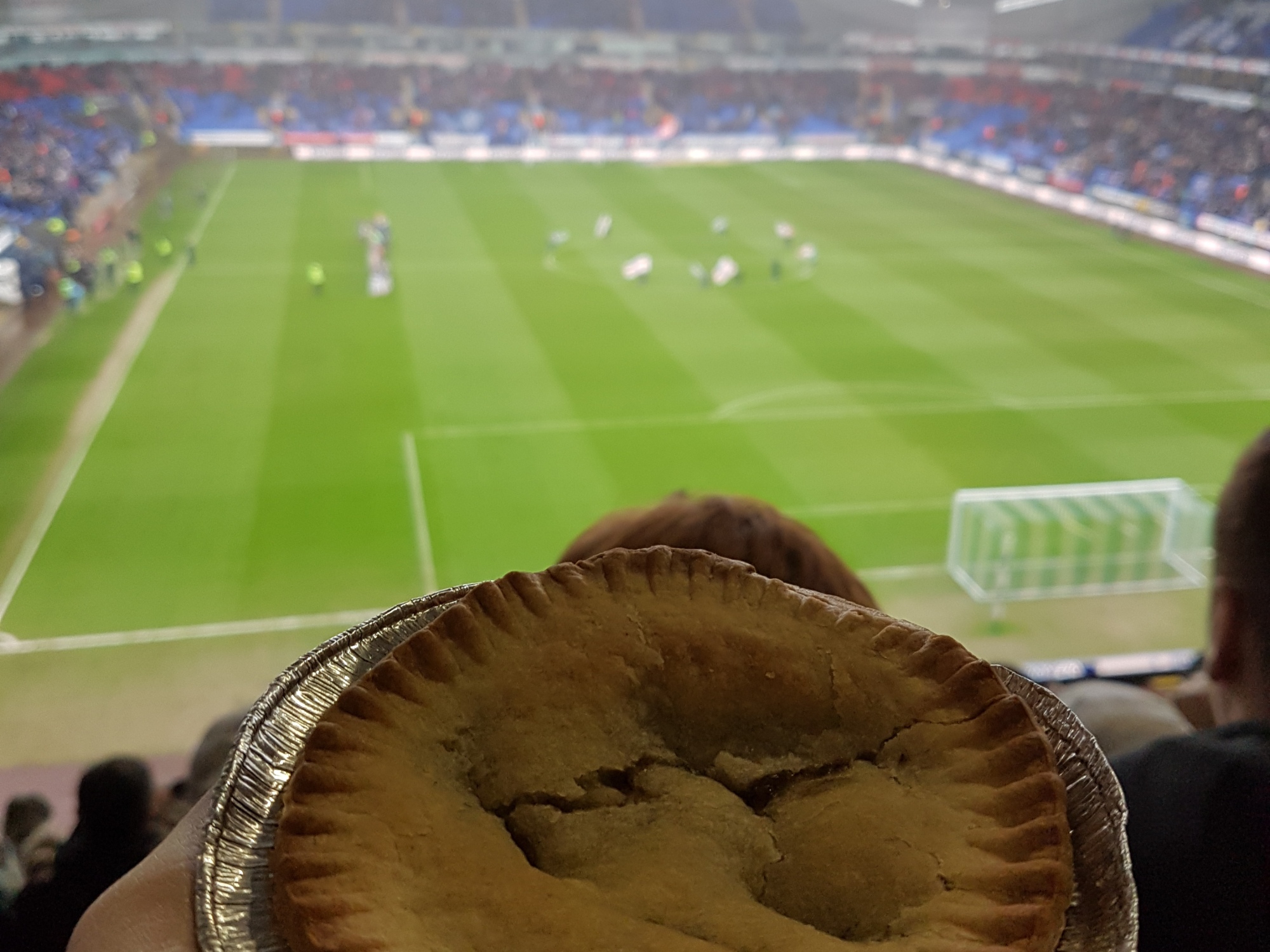 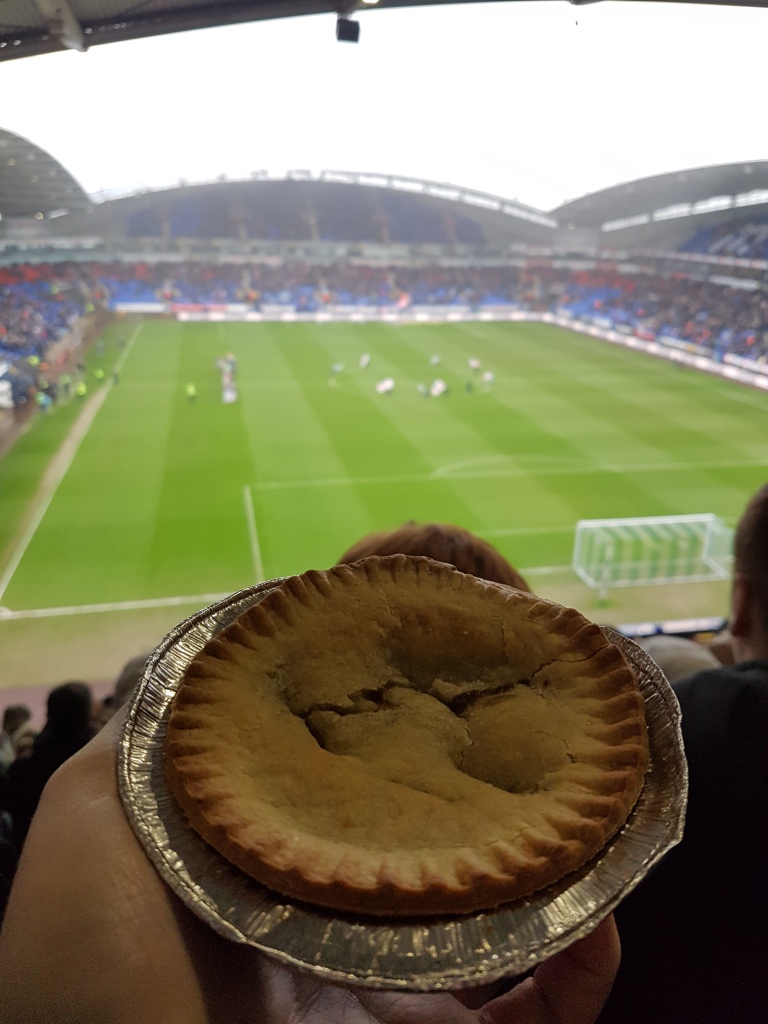 Ground: Bolton Wanderers, Macron Stadium
Competition: Sky Bet Championship 2017/18
Result: Bolton 1-1  Fulham
Pie: Steak
Price: £3
Comments: Just look at that pie. Cast your steely gaze over its dry crusty ridges, its fallow craggy canyons and its pot-marked terrain. Its mangled foil encasing resembling a marooned spaceship. Does that look like an appetising pie? Does that look like something that screams tasty? Do you want that in and around your salivating gob? The answer is unequivocally no. Bolton Wanderer’s have the smallest budget in the Championship and clearly all the money has been siphoned away from making its pies both edible and respectable. Here’s David Lynch in Twin Peaks as Gordon Cole to tell you how I’m not feeling about this pie…

So no poems, just a scathing review instead. As per my usual gripe, this steak pie was frazzled to a charred crisp, having been kept in a crematorium. At best the pastry was dry and claggy, at its worst it was solidified sawdust. The actual chunks of blended cow were mid-table solidity despite an over-zealous application of pepper strong enough to make you sneeze brown sludge over the bald chap sat in front. The lacklustre pie reflected the Fulham’s lacklustre performance as an Adam Le Fondre wonder-goalazo consigned Fulham to a 1-1 draw. Eight years ago I saw Le Fondre scupper Aldershot’s promotion hopes when he scored for Rotherham in the League Two play-offs. In 2018 he’s still running my day, the little swine.