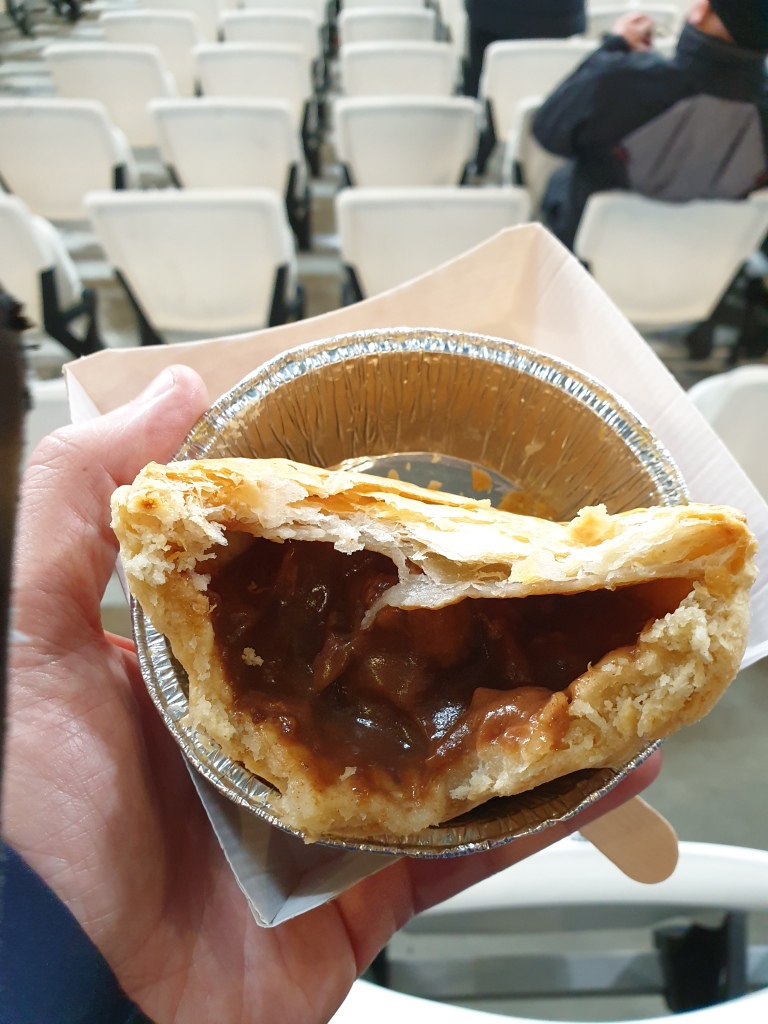 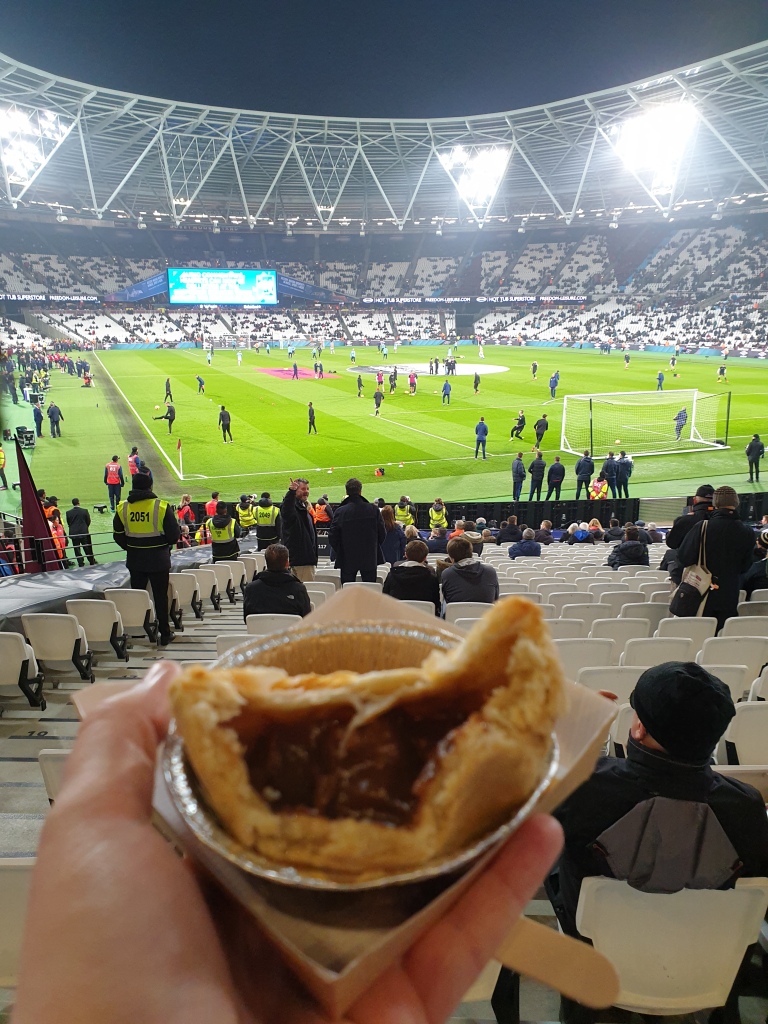 Comments: It’s National Pie Week so I have reluctantly raised my head above the trenches and legged into Pie Man’s Land for brand new, 2019, Pie Review. It’s been a while since I’ve travelled to a new ground with Fulham, hence the complete lack of pie reviews, but with our swift promotion to the Premier League the chance to visit West Ham’s new warehouse was an opportunity not to be missed. The London Stadium is a foul place to watch football. Marooned between a barren wasteland prime for body dumping and the consumer hellscape of Westfield Shopping Centre, the London Stadium is about as inviting as A Clockwork Orange’s grim, dystopian vision of the future. Upton Park always had notoriously shite views in the away end (I somehow always ended up sat in line with the touchline rather than the actual pitch), but it was a ground brimming with character and charm – a throwback to football before it was corrupted by technical footballers, health and safety, and edible food. The London Stadium is the soulless corporate vessel Premier League football deserves. Saying that, the toilets are nice and spacious so it’s not all bad…

Fending off the onslaught of shiny new food vendors outside the ground flogging noodles, hog roasts and pigeon flatbreads, I opted for a good old fashioned pie from the concourse.  Coming in at a shin-snapping £8.50 with a pint of Thames backwash, a steak pie was finally a throwback to the sort of unsanitized mediocrity expected from football. There was nothing glamorous about this steak offering, it was firmly lower mid-table. Almost amazing in its mediocrity, like the West Brom of pies – neither her nor there and quite often forgotten.  Bar a reasonably hearty filling the rest of the pie failed to provoke any response – warmish, crispy-ish, steak-y. This was synthetic eating, virtual reality food that was so passive and flat it’s almost like I never eat it. There was nothing to recommend about it, but neither was there a great deal wrong it. The best I can really say is that at least it wasn’t burnt to buggery.

Maybe the Premier League ain’t all that great…bring on Luton away next season! The less said about Fulham’s performance at West Ham, and at any other point at this season, the better…