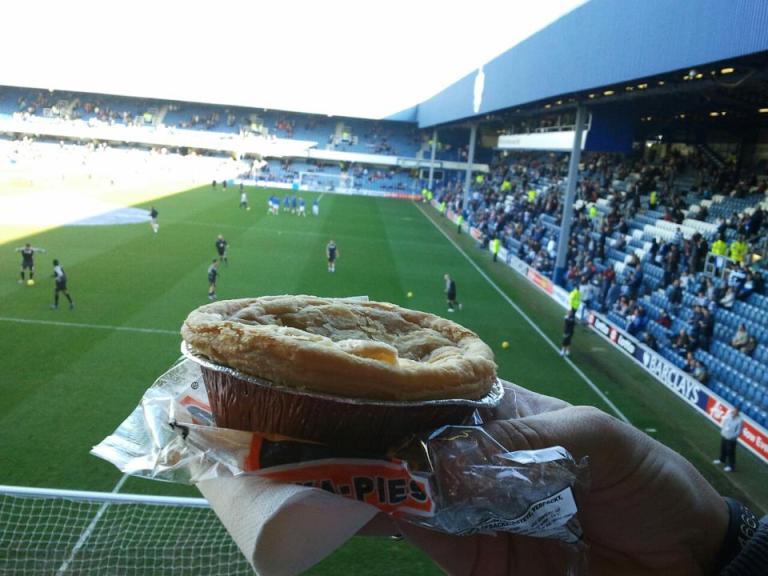 Ground: Queens Park Rangers, Loftus Road
Competition: Barclay’s Premiership 2011/12
Result: QPR 0-1 Fulham
Pie: Chicken Balti
Price: £2.80 (Normally forget to note that down)
Comments: As much as I hate to praise QPR in anyway the pie was good, easily better than most of their team, perhaps 11 pastries would have a better chance of surviving relegation than their current squad. Reminiscent of Birmingham there were no forks in sight which is a nightmare scenario for Balti pie eaters. I managed to avoid getting curry all down myself but did leave an orange skid mark down the seat in front of me, take that QPR.
Rating: 7/10