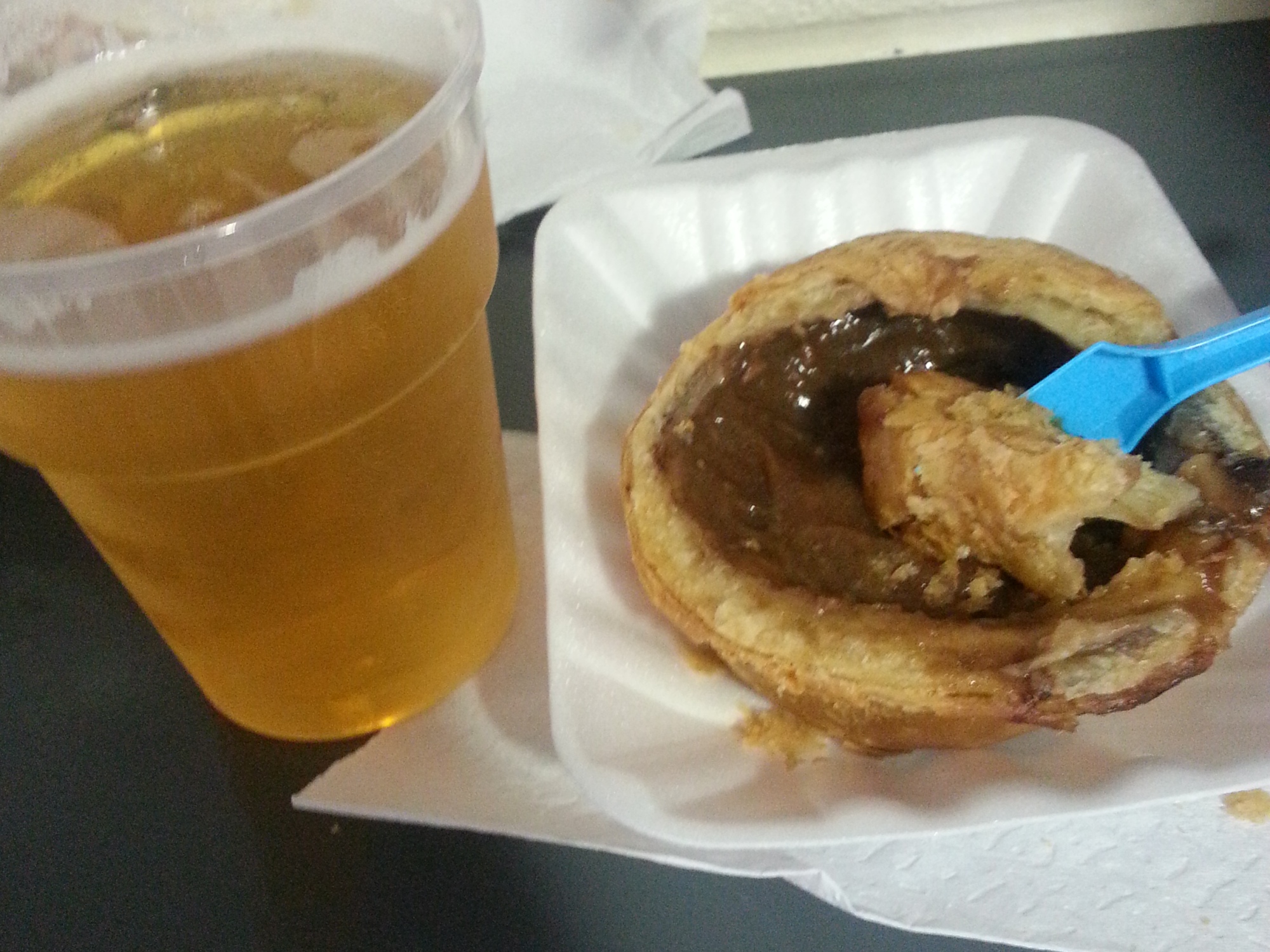 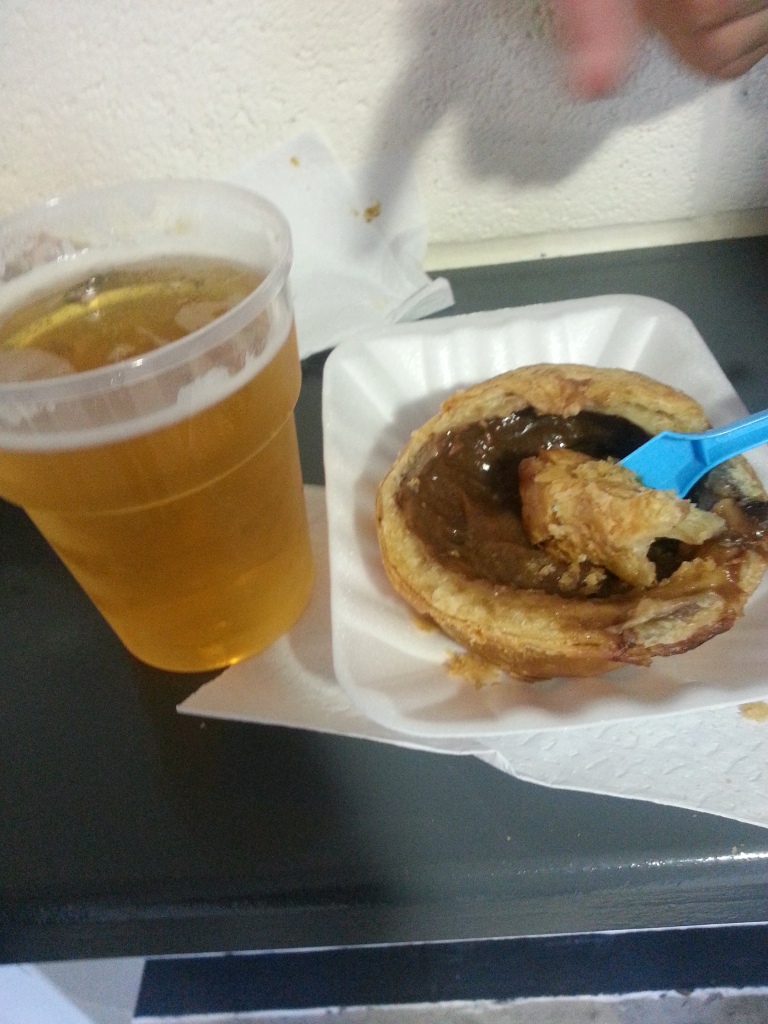 Ground: Burton, Pirelli Stadium
Competition: Capitol One Cup 2nd Round 2013/14
Result: Burton 2-2 Fulham  (Fulham win 5-4 on Penalties)
Pie: Chicken Balti  (Pukka Pie)
Price: £2.50 (Pie and Pint for a fiver)
Comments: The completion of the long mid week voyage to the tyre/beer filled outpost of Burton was marked with a fine chicken balti pie despite the fact it was a a generic Pukka one. Now you probably expect to me to shun Pukka pies as commercialised, tasteless mainstream excuses for real, home-made pies, and I would love to but they are actually very nice. Well, this one was. Being the first fresh batch of pies out the microwave heater thing they were piping hot but not all burnt and stiff around the edges like the ones that have lingered in the heat too long. The innards of pie were more dynamic than Bryan Ruiz in a park football game and tastier than the smell of singed rubber from the nearby Pirelli factory. It almost looked like the pie would be a highlight before Rodallega scored an extra time equaliser to send me and my fellow fans into a brief, but complete, state of lunacy. Fulham and most notably ginger balti head John Arne Riise played woefully against the League Two minnows but we won penalties so who cares, there’s nothing more fun than winning on pens.
Rating: 7.5/10