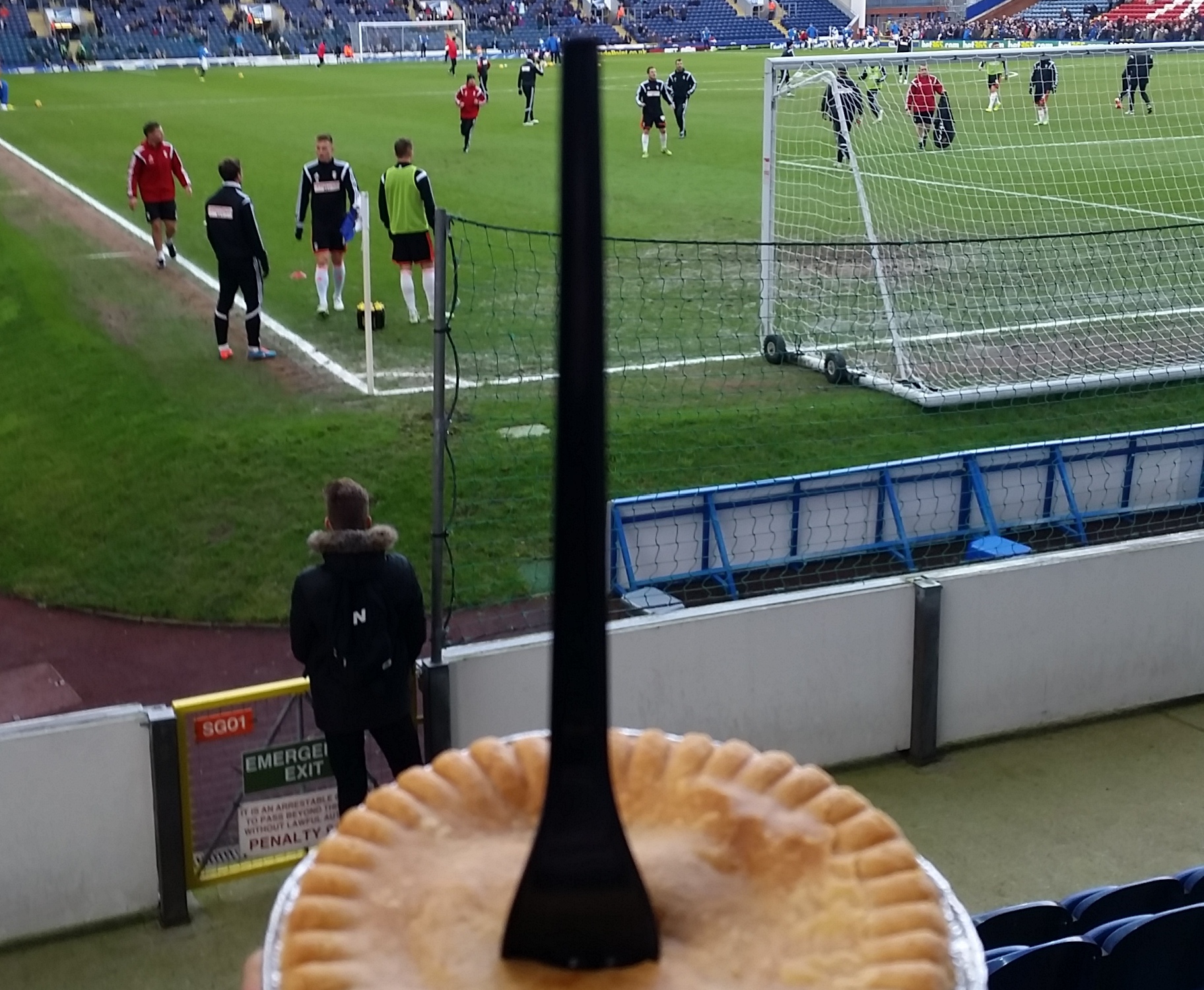 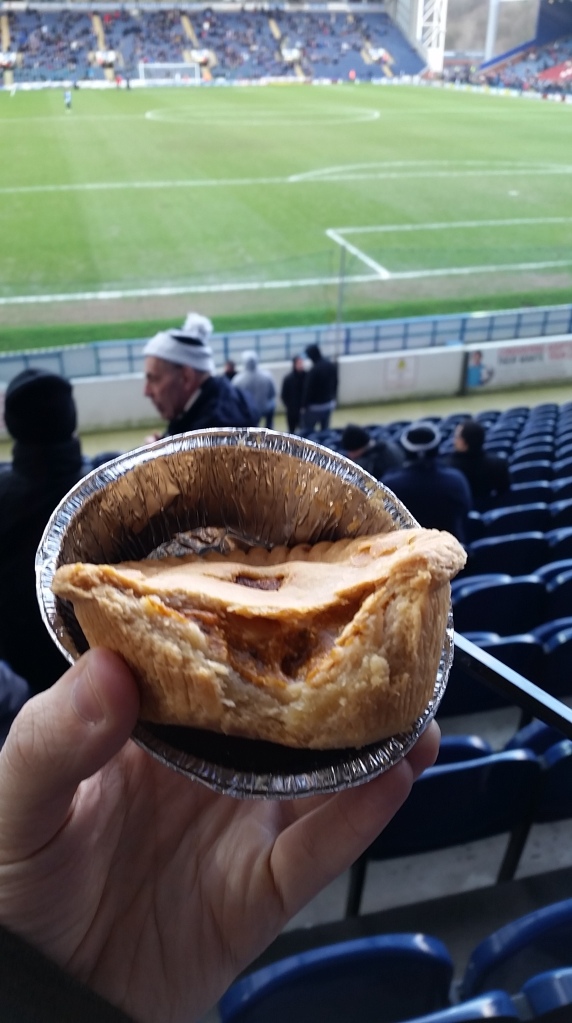 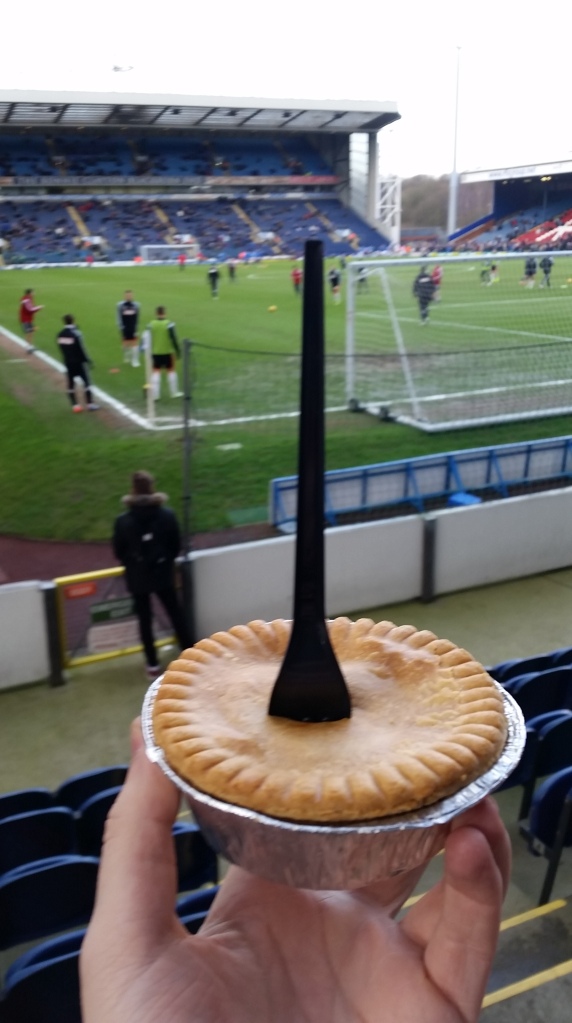 Ground: Ewood Park
Competition: 2014/15 Sky Bet Championship
Result: Blackburn 2 – 1 Fulham
Pie: Chicken Balti
Price: £2.5o
Comments: Fulham’s season has reached the crunch with back to back away trips in Lancashire at Bolton and Blackburn. Win both and we’ll be looking like sneaky outsiders for that last play off place, and potentially an instant return to the Premiership where the pitches are made of £5 notes rather than grass. Lose both and the season plummets into a drab non event with the only solace of entertainment being an away trip to Blackpool where you can spend the night arm in arm with stag doer ‘Big Dave’ crucifying Neil Diamond on the karaoke. Actually, scrap that, the latter sounds blood awful.

In light of the above, obviously we lost to Rovers and their big bastard side spearheaded by demi-goal god Jordan Rhodes. On the plus side, my fork stood like a towering centerback in the middle of my pie, quite a majestic sight. Well, at least in Blackburn it did. Doing my best Colombo, Kojack and Taggart impressions I spied that the pie in question had come from Clayton Park, the same bakery that Rochdale football club use!

Rochdale’s Clayton Park offering was on the pathetic side having been left in the oven to die for most of the day. Luckily, Blackburn had foreseen the pie genocide ahead of them and cooked the pies to a perfect crispness and temperature. Good start.  Despite singeing the majority of my mouth biting into the Balti filling, I couldn’t help but be impressed with the curryfull goo burning my mouth. The chunks of meat were on the straggly side, however the extra time spent flavoring the meat more than made up for it. Rather than puff, the pie was rich shortcrust pastry which held together impressively under the strain of molten balti mix. Even more impressive was the fact that, being shortcrust, it didn’t make the pie’s outer shell like the remnants of a 1960s leather football.

A fine little pie, emphasis on little, as it looked like a mince pie with a growth spurt from a distance in the foil base. Clayton Park pies recovered from their ropey Rochdale effort to impress on their latest review. Fulham didn’t learn from their mistakes and lost 2-1. The moral of the story for Fulham? Don’t sell Bryan Ruiz, and sign 10 more Ross McCormacks.