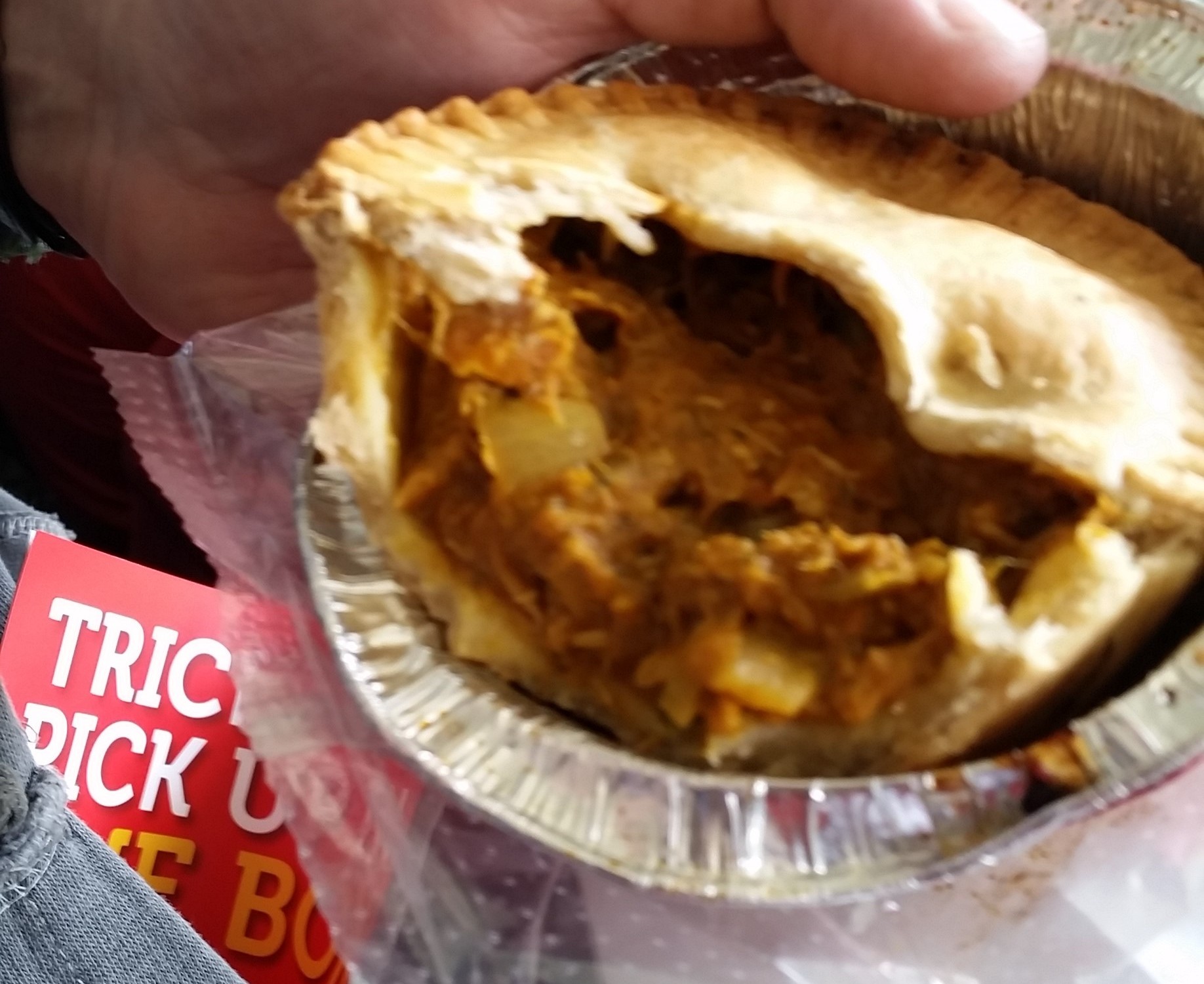 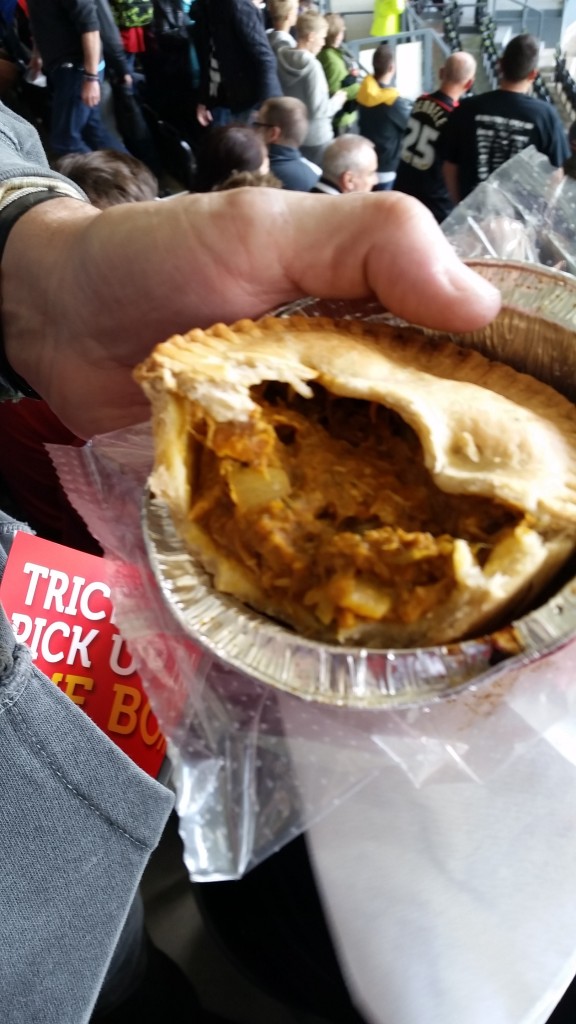 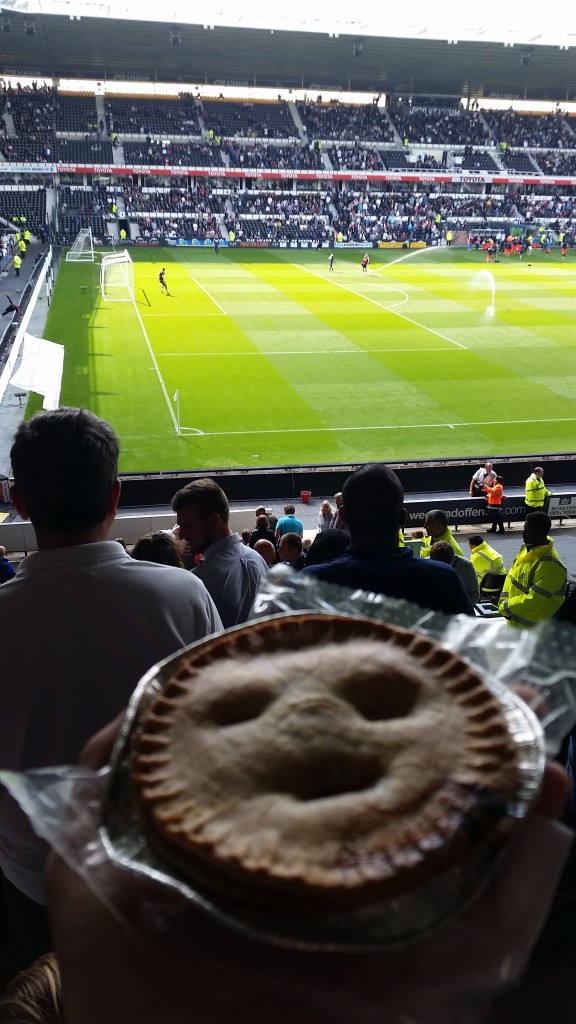 Ground: iPro Stadium
Competition:  2014/15 Sky Bet Championship
Result: Derby 5-1 Fulham
Pie: Chicken Balti
Price:£3
Comments: The season hasn’t started ideally for me or my beloved, for the time being anyway, Fulham. Whilst Carry On Fulham has run into its second season with Penfold directing a new band of merry mishaps, I’ve been left underwhelmed by a constant stream of tedious Holland’s pies. My joyous dream that pies in the Championship would be uniquely gorgeous to each club has been shattered already, it’s looking increasingly like whether it’s Derby, Ipswich, Rotherham or Brentford I’ll be ill fated to plant my face square down into the mucky bottom of yet another Holland/Pukka Pie. Of course, the light at the end of the tunnel is the away trip to pie Mecca Wigan with their nightclub-esq bar under the away end in the DW.

Pie wise it was a Balti as usual, and it was fine. The Pastry on top was fairly grim but the innards were spicy chunks that tasted far better than the cat sick that it so convincingly resembled. As tends to be the case these days, the pie proved was, despite its unwavering mediocrity,  the highlight of the game as Fulham imploded to their worst performance since a festive drubbing at Hull last season.

After the game, to add salt, vodka and hydrochloric acid into the gushing 5-1 shaped wound, Fulham owner Shahid Kahn openly backed Felix Magath to lead the club to glory this season, this hope surely based on the fact our manager refuses to play anyone in position and will literally sign anyone who has much as looked at football, not even a good one, just one of those erratic, crap petrol station bargain bucket ones.

Before the bright lights of Wigan are the two impending positives for my Fulham supporting, firstly a trip to Reading with the promise of some fancy pancy hospitality, and secondly the deadline day arrival of Matt Smith. Not only does Smith have a bloody good name, but he also went to Manchester University like myself, and he’s big ol’ bastard, what’s not to like!?