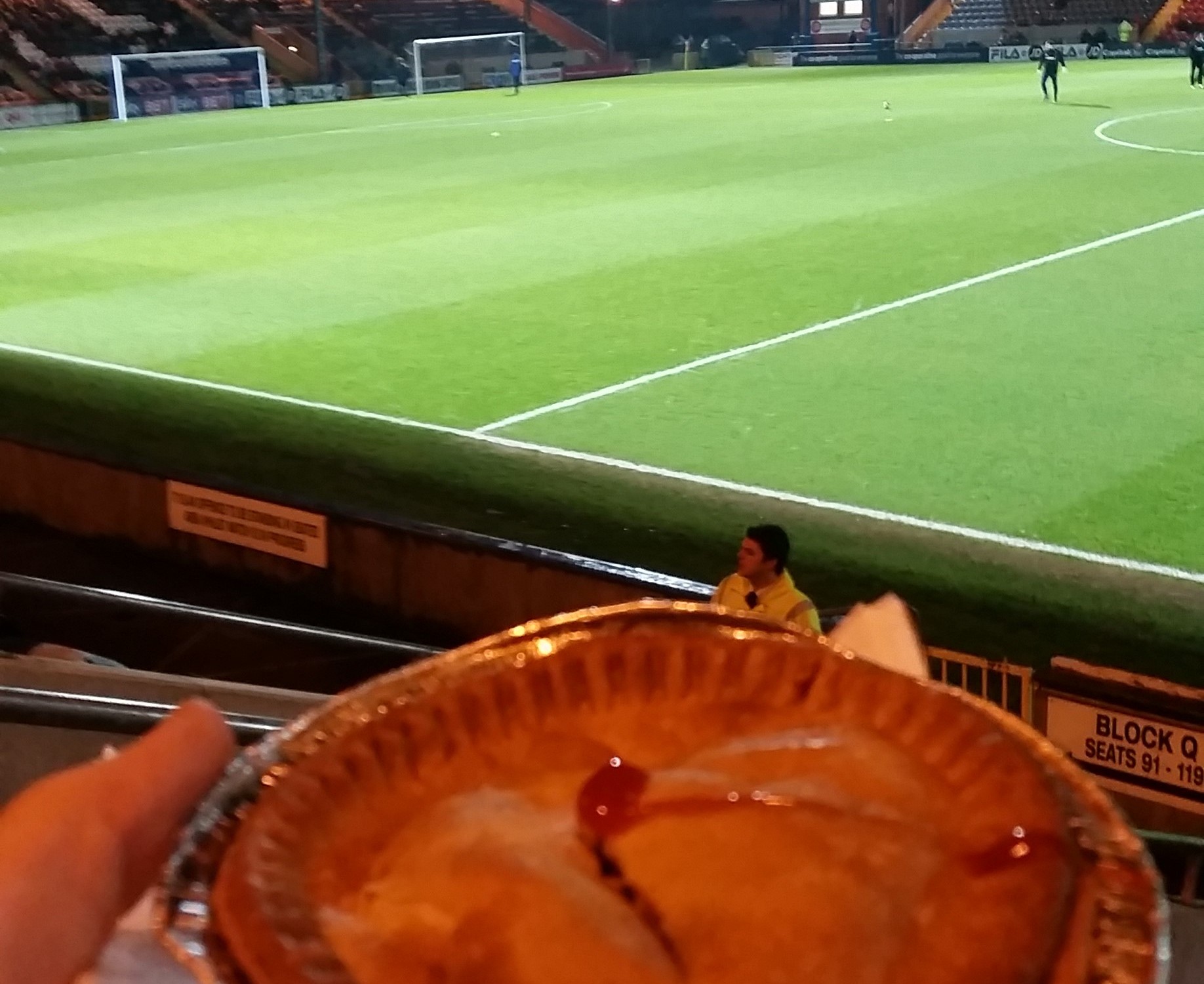 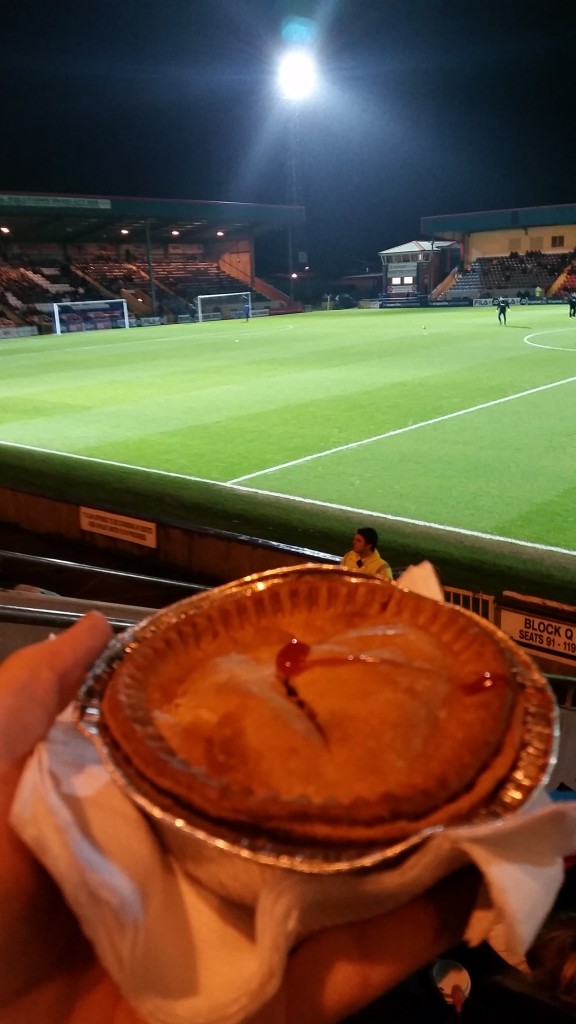 Ground: Spotland Stadium
Competition: FA Cup 2nd Round Replay
Result: Rochdale 4 – 1 Aldershot
Pie: Steak
Price: £2.50
Comments: No matter how many goals a player scores, how many World Cups he wins, how many Ballon d’Ors he’s been awarded or how highly rated on FIFA he is, the only real measure of success is whether a player can do it on a wet, rainy and windy Wednesday night in Stoke. Even Lionel Messi, despite all his successes, will never truly be accepted as the best ever until he’s proven himself in king making pantheon that is the Britannia Stadium (on a weekday).

Iv’e been to Stoke to see Fulham play (lose) during a torrential snowstorm on a Wednesday night, piece of piss. Surely the real test of any match going football fan’s mettle is whether he can stomach a cold, rainy, Tuesday night trip to Rochdale’s Spotland Stadium to watch lower league ‘hoof! hoof!’ football in a cup tie.

Of course an out of the blue trip to Rochdale meant another pie off the list. This week’s offering was a simple steak number locally sourced from Lancashire based Clayton Park Bakery.  It’s always nice to see lower league clubs working with the local businesses to source their pies, that’s what it’s all about (in an ideal world anyway).

The pie itself was little more than alright though, mainly due to the fact the one served up to me appeared to be a stale left over from the weekend’s batch. As a result of its missed sell by date the pastry was dry, hard and ultimately a bit tasteless, hence the rather piss poor effort to moisten it up with ketchup. Beyond the frazzled exterior the filling was jammed full of big meaty chunks of local beef peppered in lots of pepper, a tad too much pepper truth be told.

Not a ground breaking pie, despite its local inception, however it was a welcome warmer in the ice cold conditions of sodden half time Rochdale. Also, a quick word of praise for Rochdale’s Manchester oriented music selections. Happy Mondays, Johnny Marr, Stone Roses, Buzzcocks and Oasis pumping through the ground was almost the highlight of the night.

Elsehwere, the football was expectedly diabolical, epitomised by Aldershot’s 20 minute capitulation straight after equalising. Nothing like a good bout of false hope on a freezing Tuesday night, I bet Messi couldn’t have hacked that sort of disappointment. Bloody lightweight Argentine.